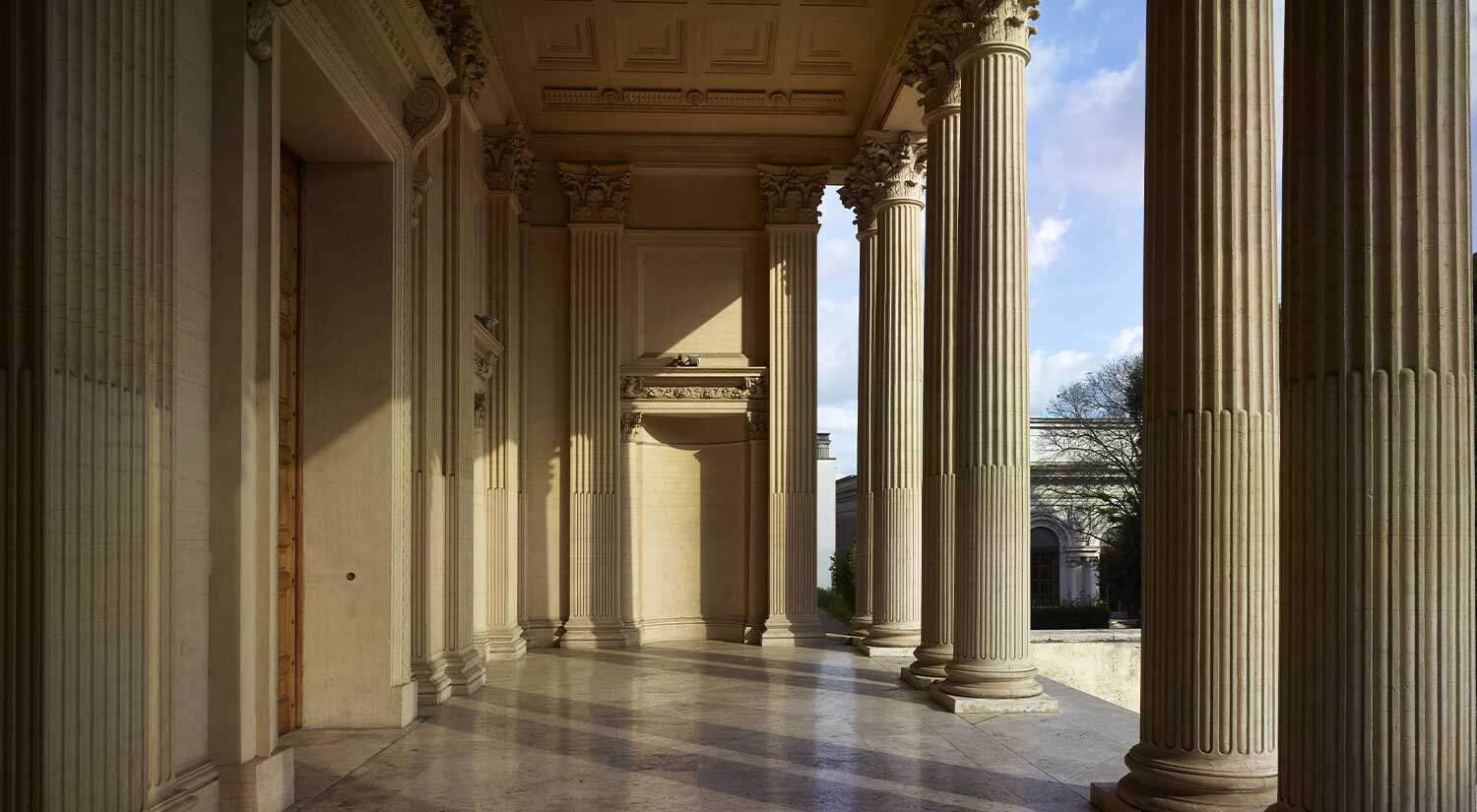 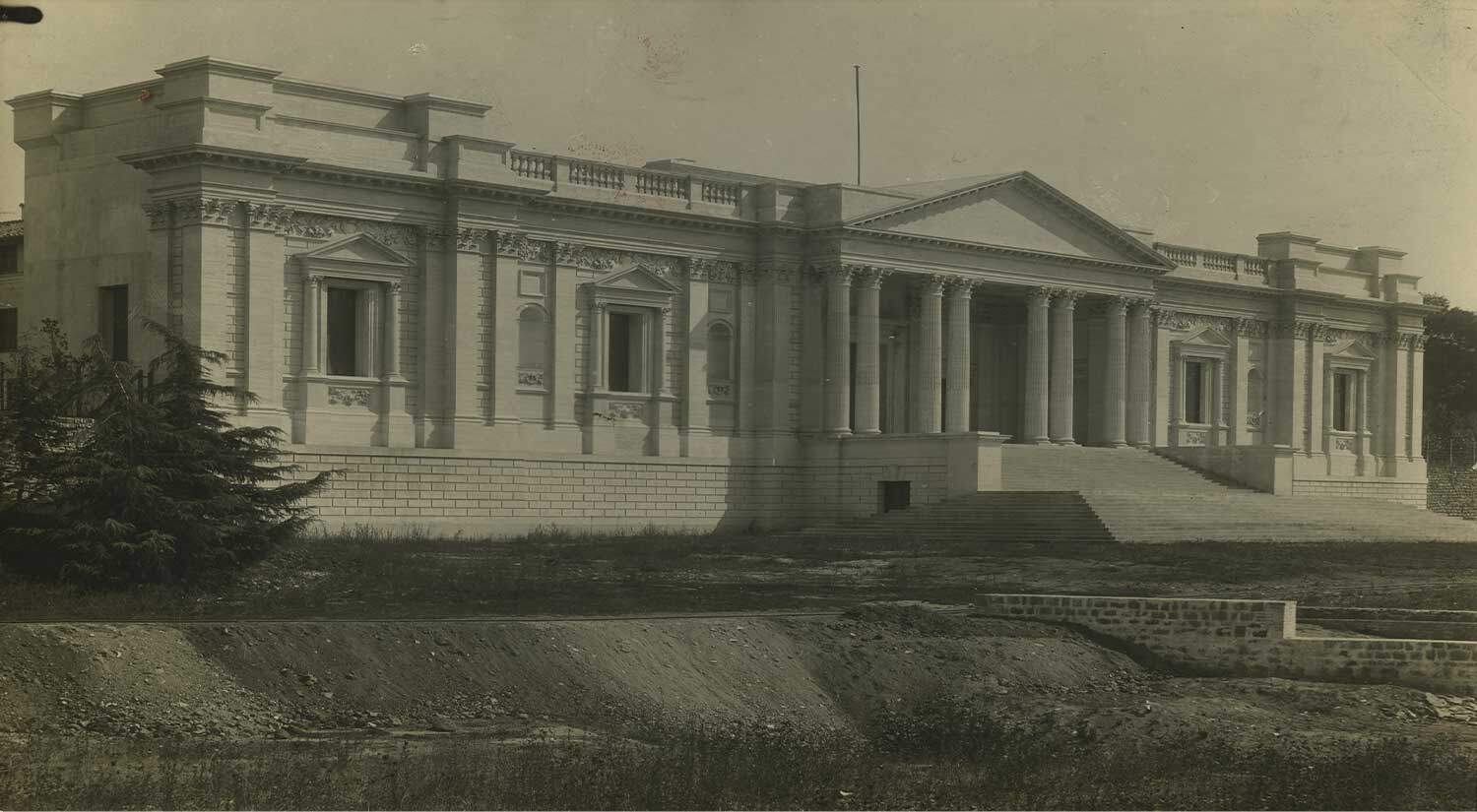 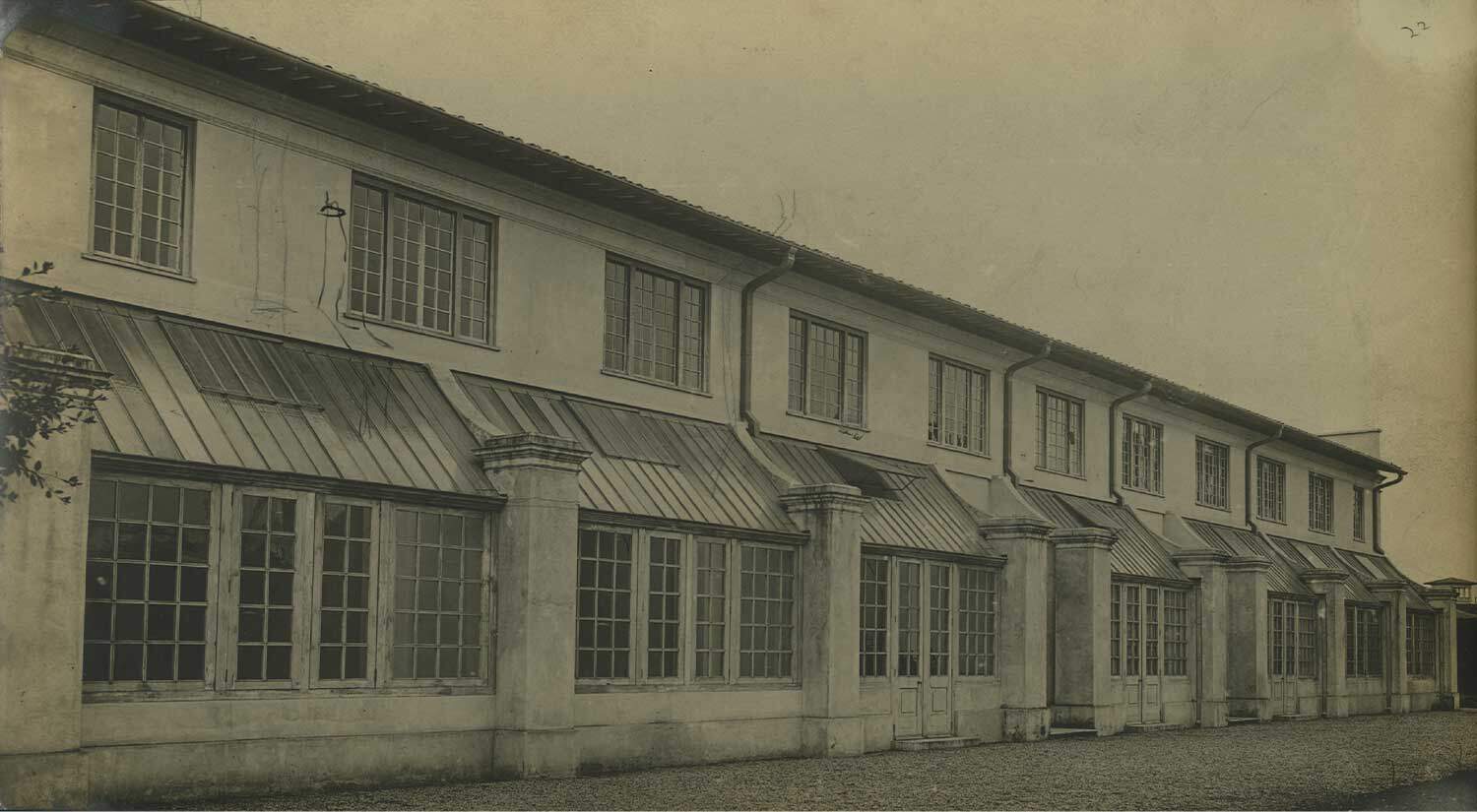 The site of the magnificent British Fine Art Palace, for the International Exhibition of 1911 in Rome, designed by Edwin Lutyens, was leased in perpetuity to the British nation to be used as a British research centre for archaeology, history and the fine arts. This became the home of the BSR in 1916.

The BSR has been committed to historical and archaeological study from the start to today. The very first article in the Papers of the British School at Rome, in 1902, was on the important, and then recently rediscovered, medieval frescoed church of Santa Maria Antiqua, and in 2020 we published John Osborne’s Rome in the eighth century, which is the latest word on the same church, and much more.

The BSR’s archaeological activity began with two great Directors, Thomas Ashby (1906-25) and John Ward-Perkins (1945-74), who left us evocative and priceless photographic archives, and the major South Etruria field survey of the 1950s and ‘60s, a model for all successive surveys, in Italy and elsewhere. Our archive, which connects up with other archives of the British Schools and Institutes abroad, is as a result a remarkable repository of work, which we are constantly making public.

The field projects of Graeme Barker (1984-8) and Richard Hodges (1988-95) were also cutting-edge and remain so, as is the work of Hodges on the medieval monastery of San Vincenzo al Volturno, and of Andrew Wallace-Hadrill (1995-2009) on Herculaneum. Frontline work on archaeological remote sensing – to understand what is under the ground without excavation – has been a feature of the BSR in more recent years, together with major excavations in Rome’s ports.

The BSR, with its important library, has remained a centre for the most exciting interdisciplinary research, as its humanities scholars and residents bounce off each other’s work. And as they also bounce off the work of the fine arts residents. Award-holders in the BSR have included some of the most successful and critically esteemed artists of the last century and since 2000, from Thomas Monnington, Winifred Knights and John Skeaping to Eddie Peake, Cornelia Parker and Mark Wallinger. We anticipate going ahead with as much excitement in the future. 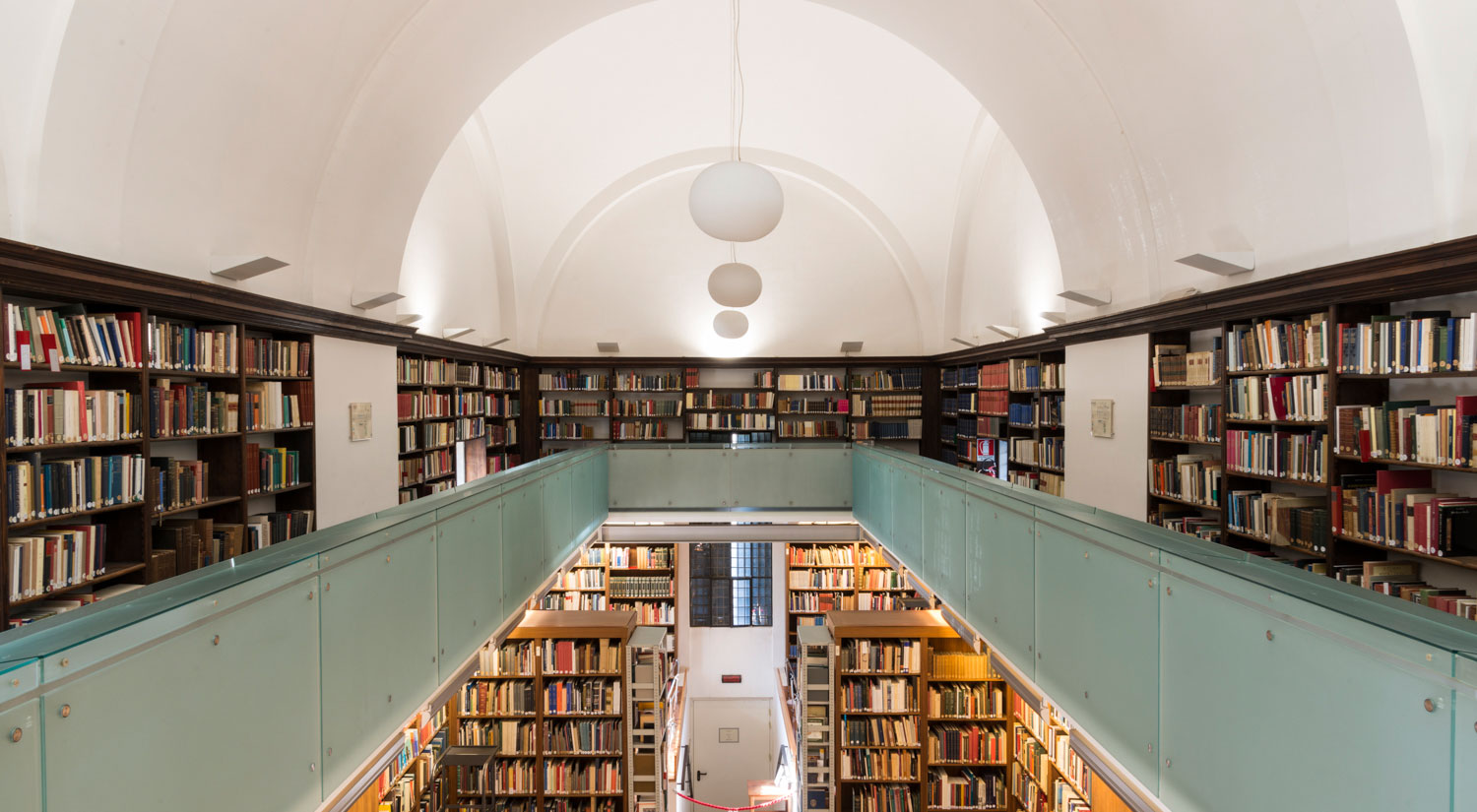 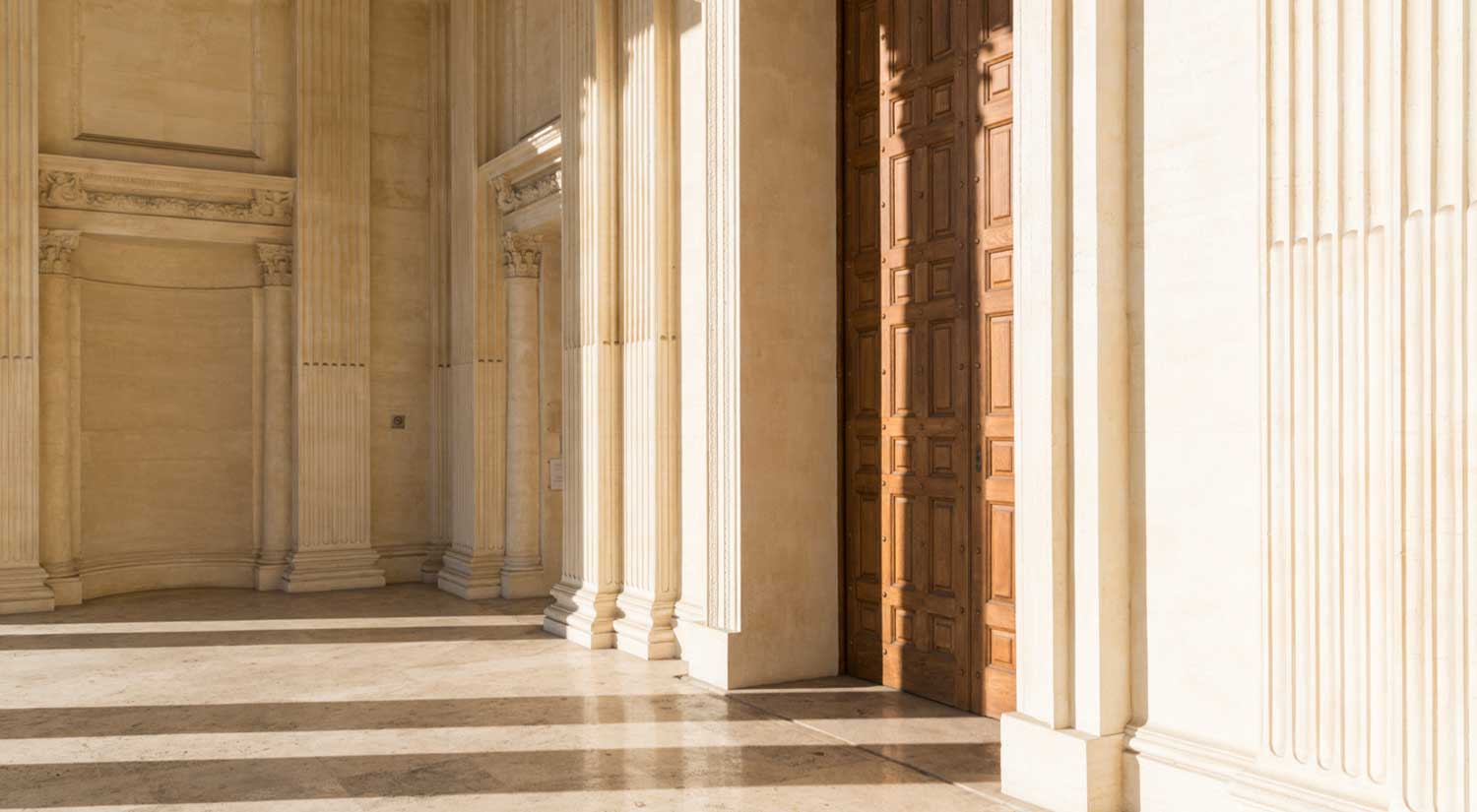 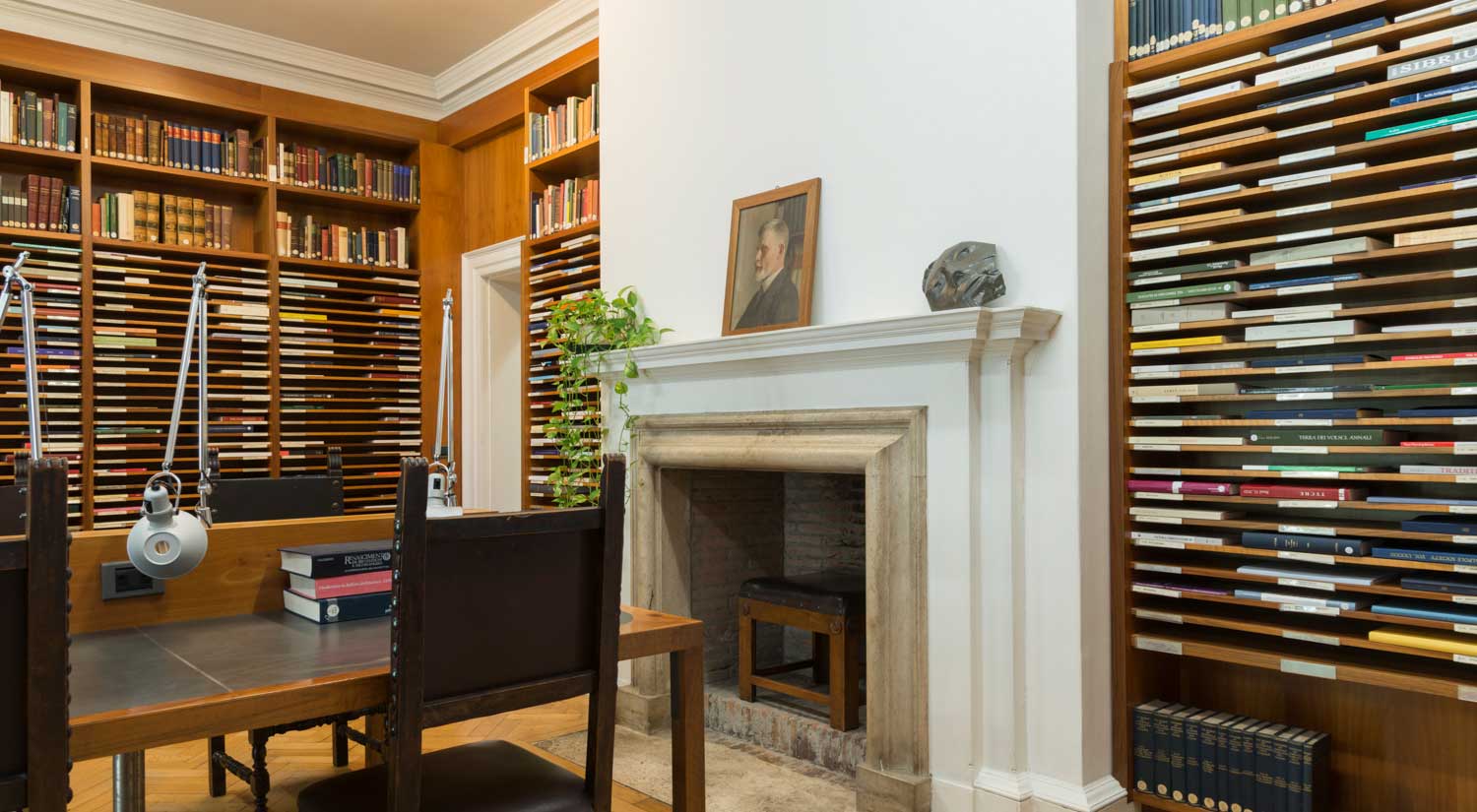 ITALY
Opportunity to join the BSR Council: applications now open
Applications are invited from those interested in becoming a member of the Council of the British School at Rome (the ‘BSR’), the governing body of