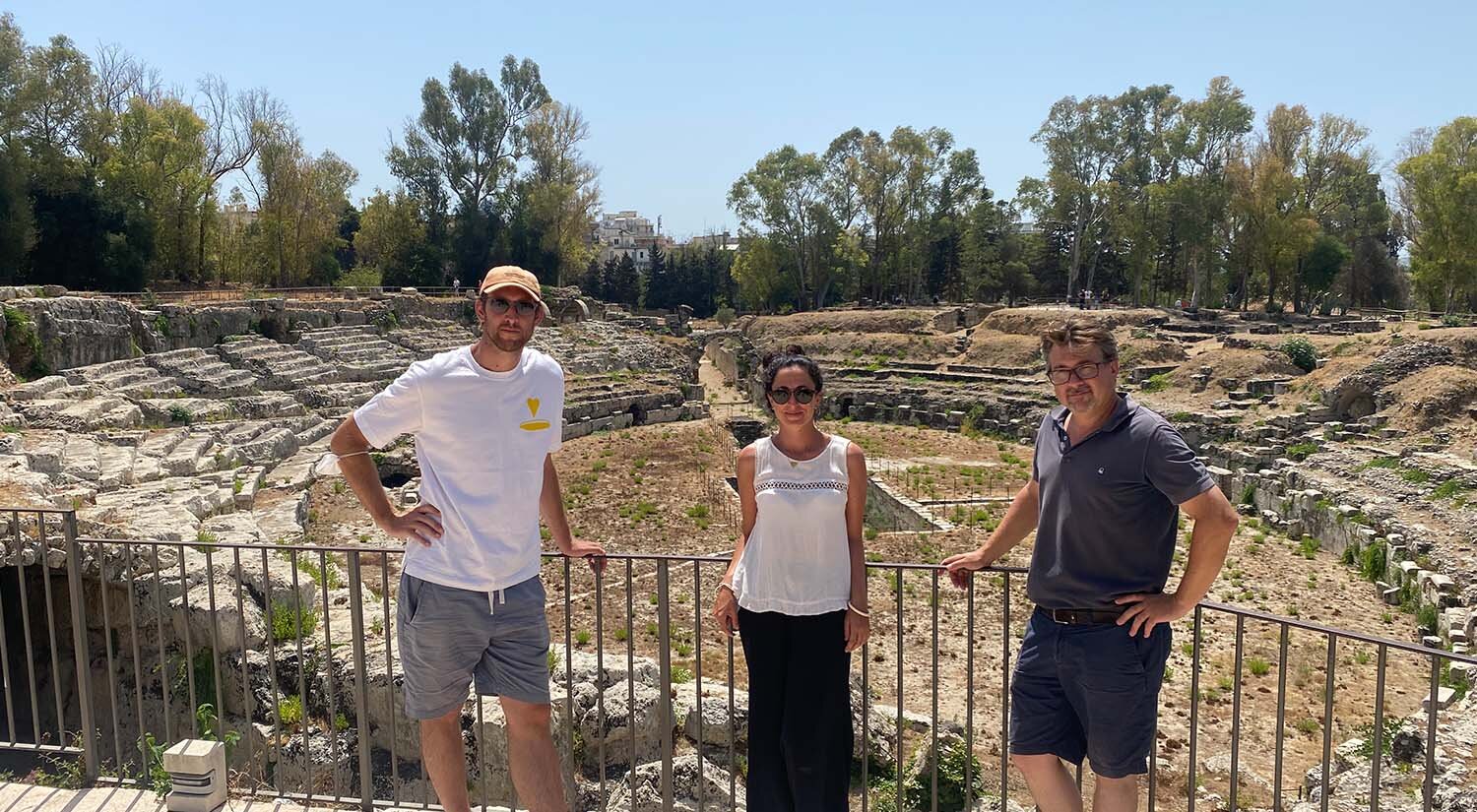 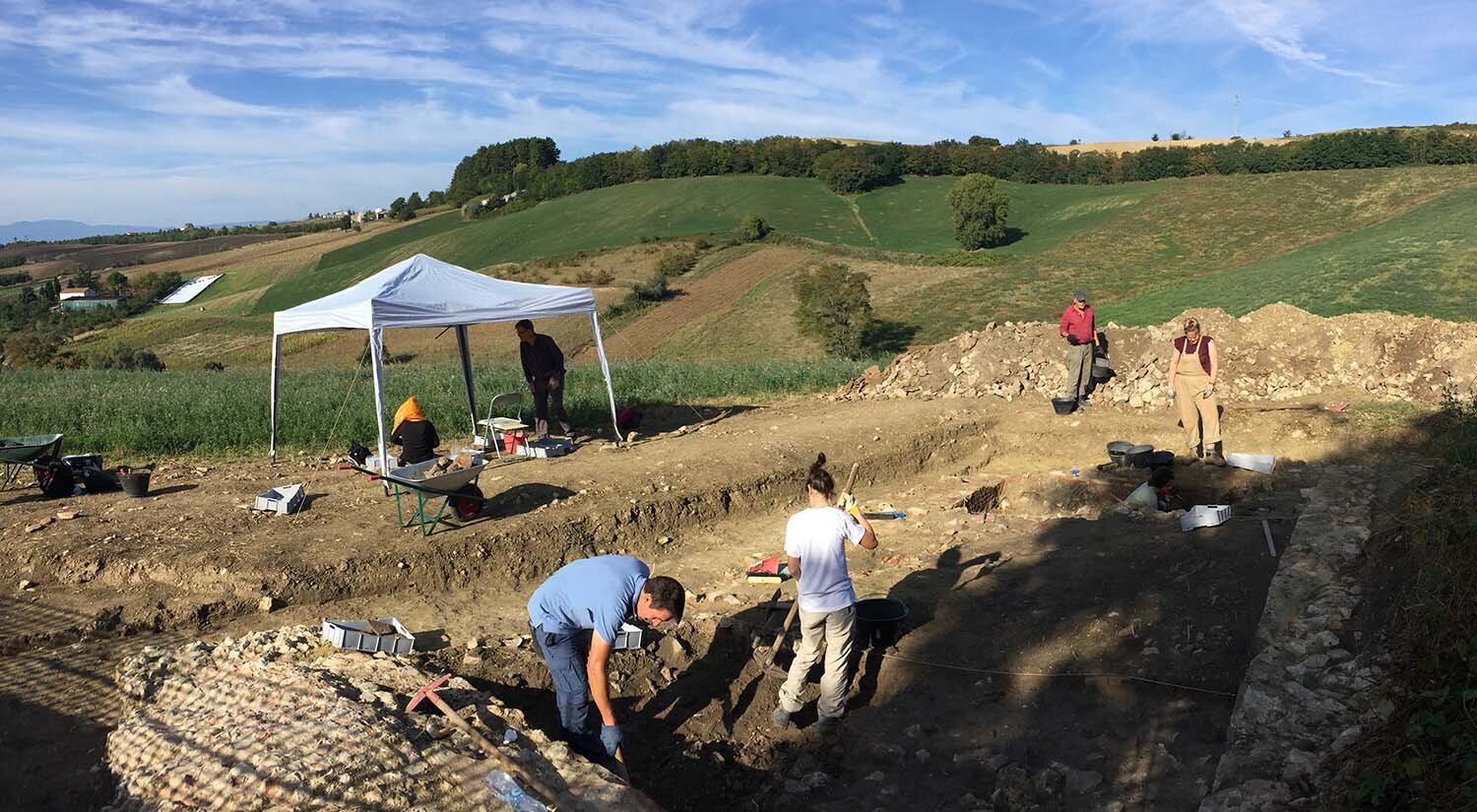 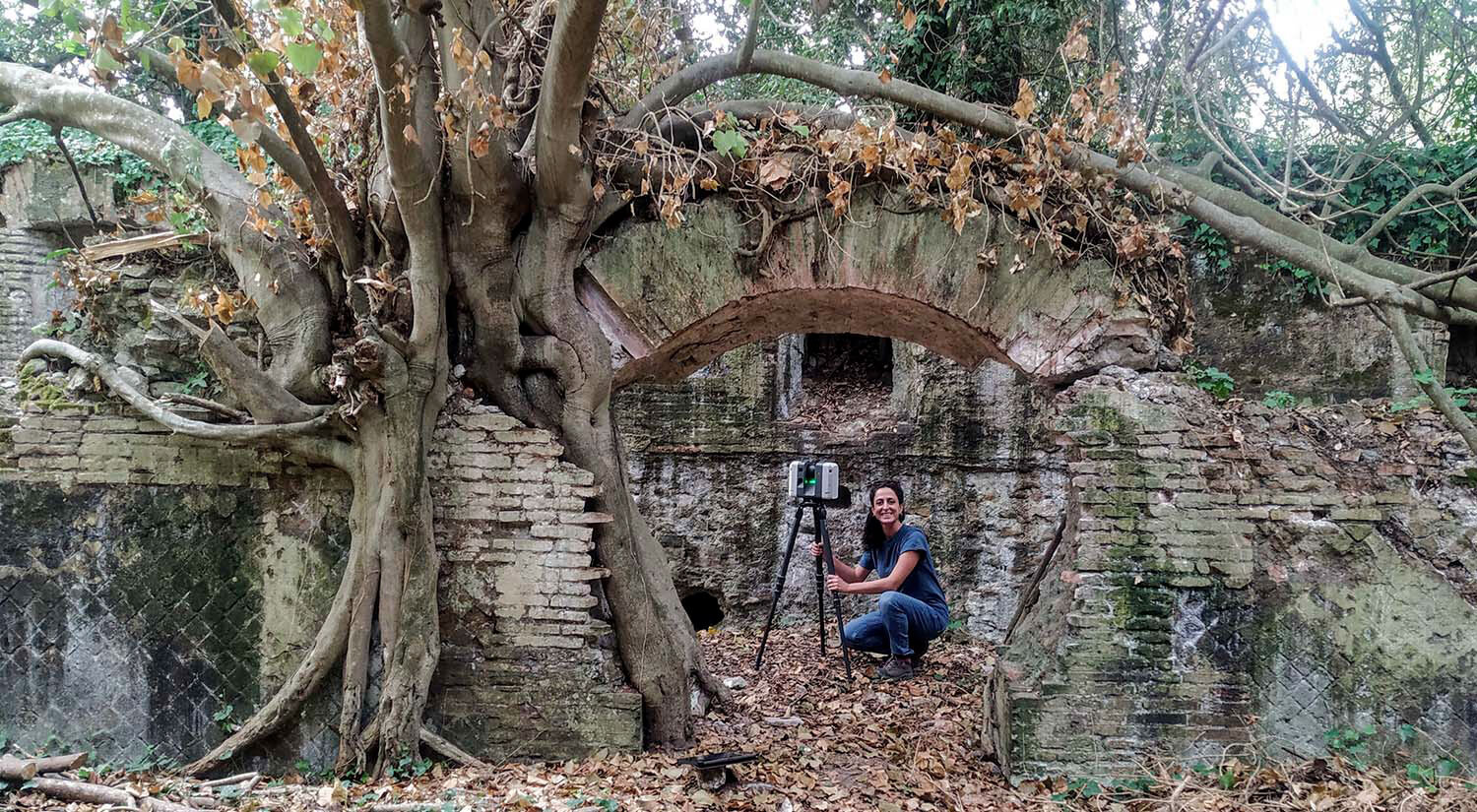 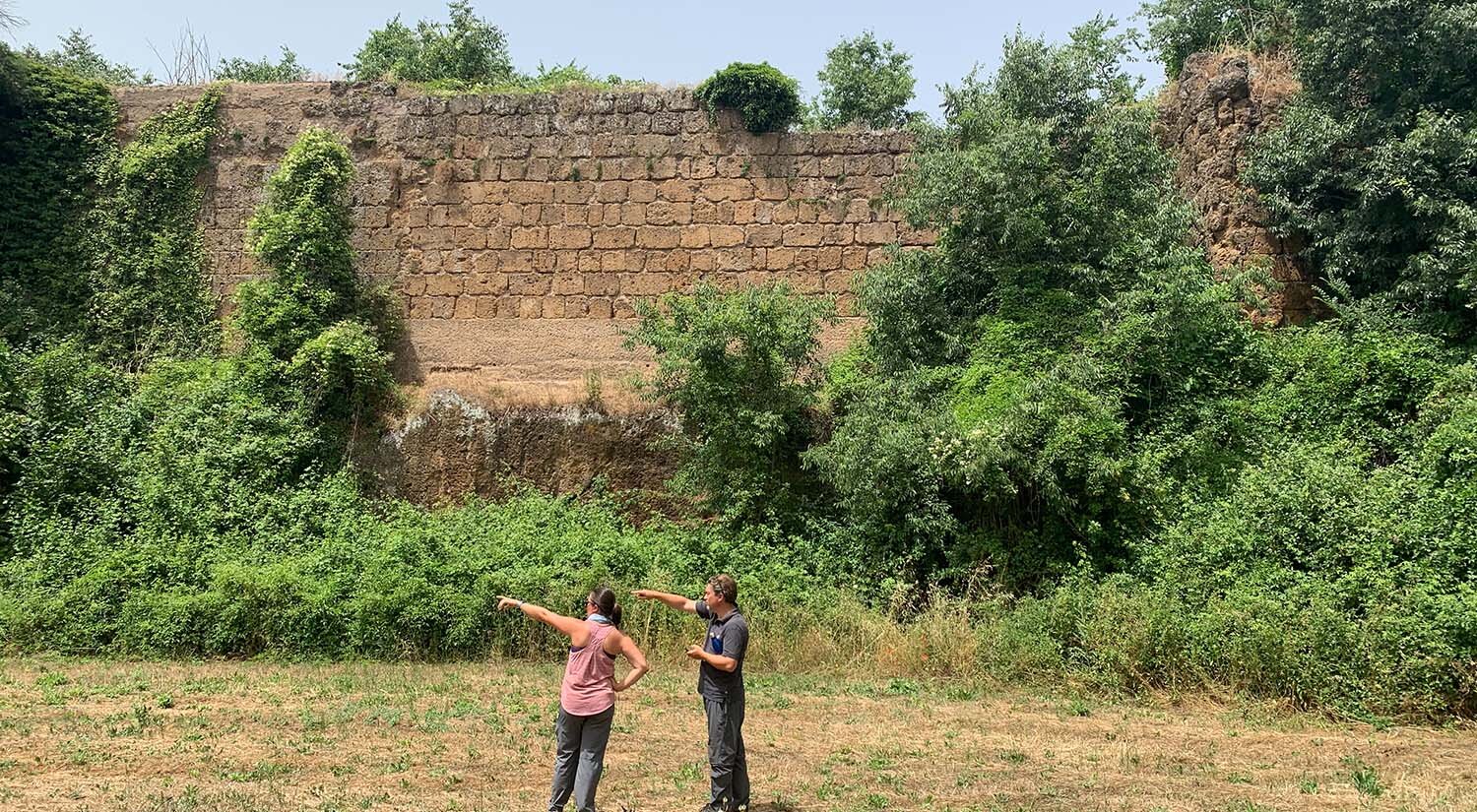 Archaeological research forms a central part of the BSR’s activities, providing an international hub for collaboration and debate, conducting major excavations and providing forums to bring together the academic community.

The BSR is currently engaged in major research projects in Italy and Greece, details of which can be found across the website. Spread across various regions, from the Marche to Sicily, the overall theme is the investigation of Roman urbanism, production, and commerce. This is supported by a rich programme of geophysical prospection, both for the BSR’s research projects and in support of colleagues. Thanks to successful funding applications and the support of private individuals, the BSR is able to undertake world leading and multidisciplinary archaeological research.

The BSR has a long tradition of archaeological research in South Etruria, which provides the foundation for new major excavations at the site of Falerii Novi. We are joined by international and national partners to conduct the first large-scale excavation of this remarkable Roman town, revealed in stunning detail by geophysical prospection.

Since 2019, the BSR has been a key partner in the ERC-funded Rome Transformed Project. The first results of this project are starting to appear, transforming our knowledge and understanding of the development of the eastern Caelian hill over a period of eight centuries.

A new multidisciplinary project on the Cycladic islands of Greece, led by the BSR collaboratively with the British School at Athens and Australian Archaeological Institute at Athens, seeks to understand wine and oil production in this vital region on the cross-roads of the eastern Mediterranean.

Long-term research at the site of Portus continues with investigations currently focused on the Claudian harbour. The project is combining largescale geophysical prospection with environmental coring to understand the construction and dynamics of this area.

Elsewhere, the BSR is working closely with colleagues in the Marche, Molise and Sicily on a number of key excavation and survey projects. 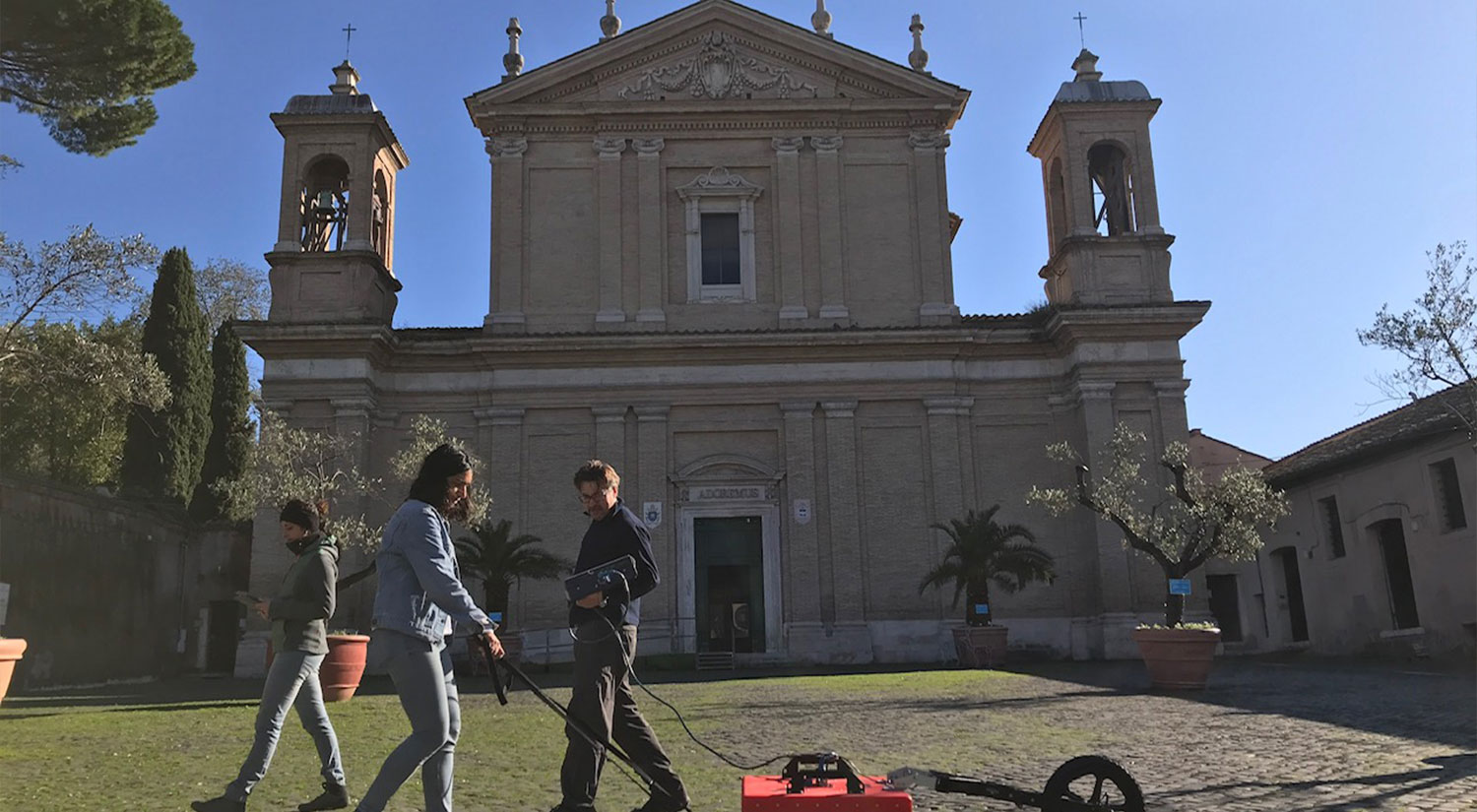 As a research institution, the British School at Rome has a long tradition of undertaking archaeological survey, from the early ground-breaking South Etruria surveys of John Ward-Perkins to the more recent concentration on remote sensing. For over 20 years, the BSR conducted geophysical and topographical surveys throughout Italy, Africa and the wider Mediterranean area.

The BSR team uses a wide range of non-invasive techniques, including Ground-Penetrating Radar, magnetometry, resistance and electrical tomography, aimed at investigating the subsoil and determining the presence of buried structures.

The BSR currently participates in a number of joint research projects providing geophysical expertise. Over the past year, research has begun on recording the interior and subsurface of Franciscan churches in central Italy together with the University of Cambridge. At Spello, together with the University of Saint Louis, work has been conducted investigating the complex of Villa Fidelia whilst at Portopalo di Capo Passero in Sicily the BSR is working together with CNR-Catania.

Over the course of the past year, the BSR has also been commissioned to undertaken others surveys to support the work of colleagues, including at the sites of Agrigento (Freie University Berlin and Scuola Normale Superiore di Pisa), Fregellae (Oxford University), Terme di Cotilia (Saint Mary’s University) and Vulci (Gothenburg University). On completion of a survey, detailed reports are prepared, drawing upon the resources of the BSR’s world-leading library. The geophysical surveys are regularly published in leading academic journals, magazines and in the Papers of the British School at Rome. 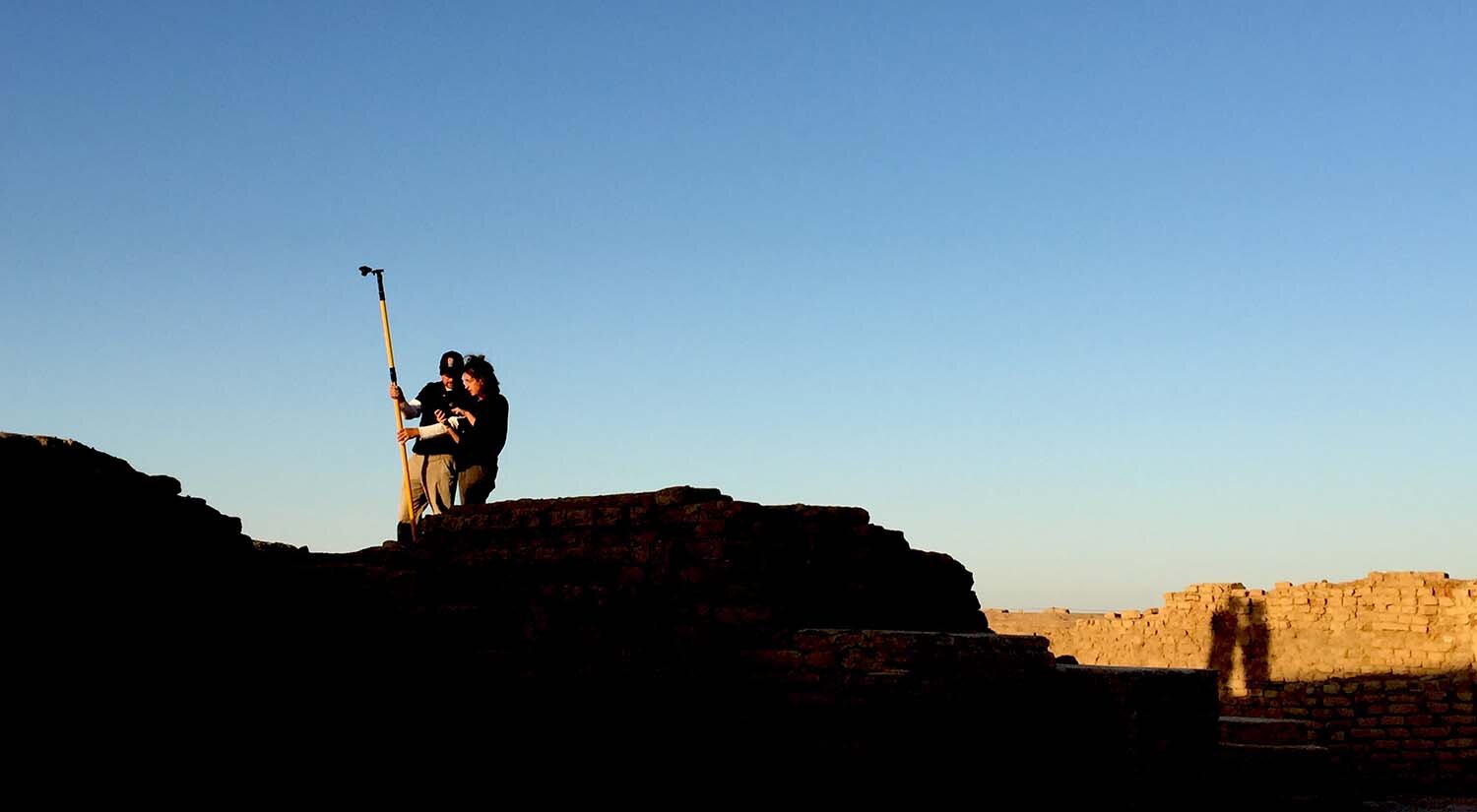 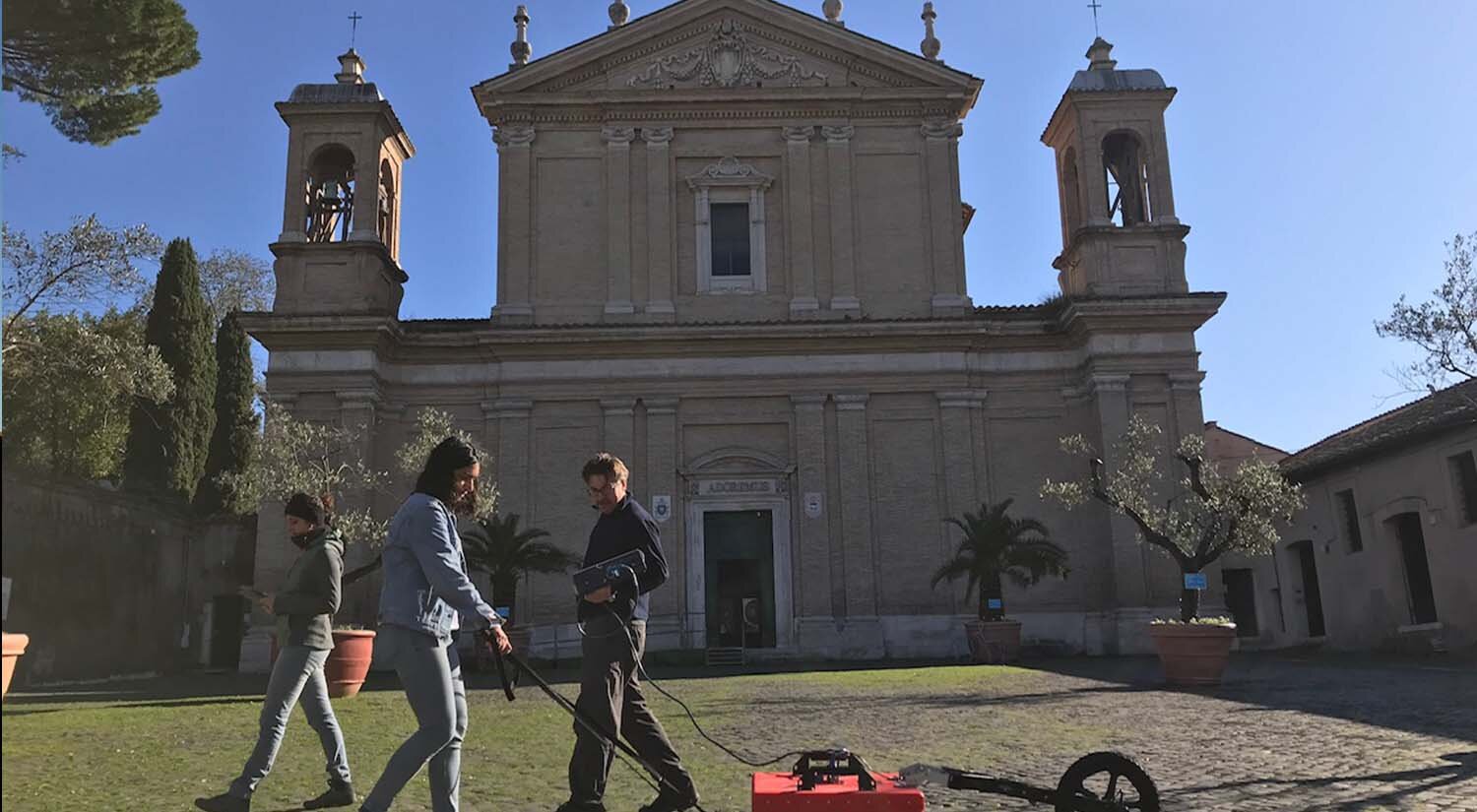 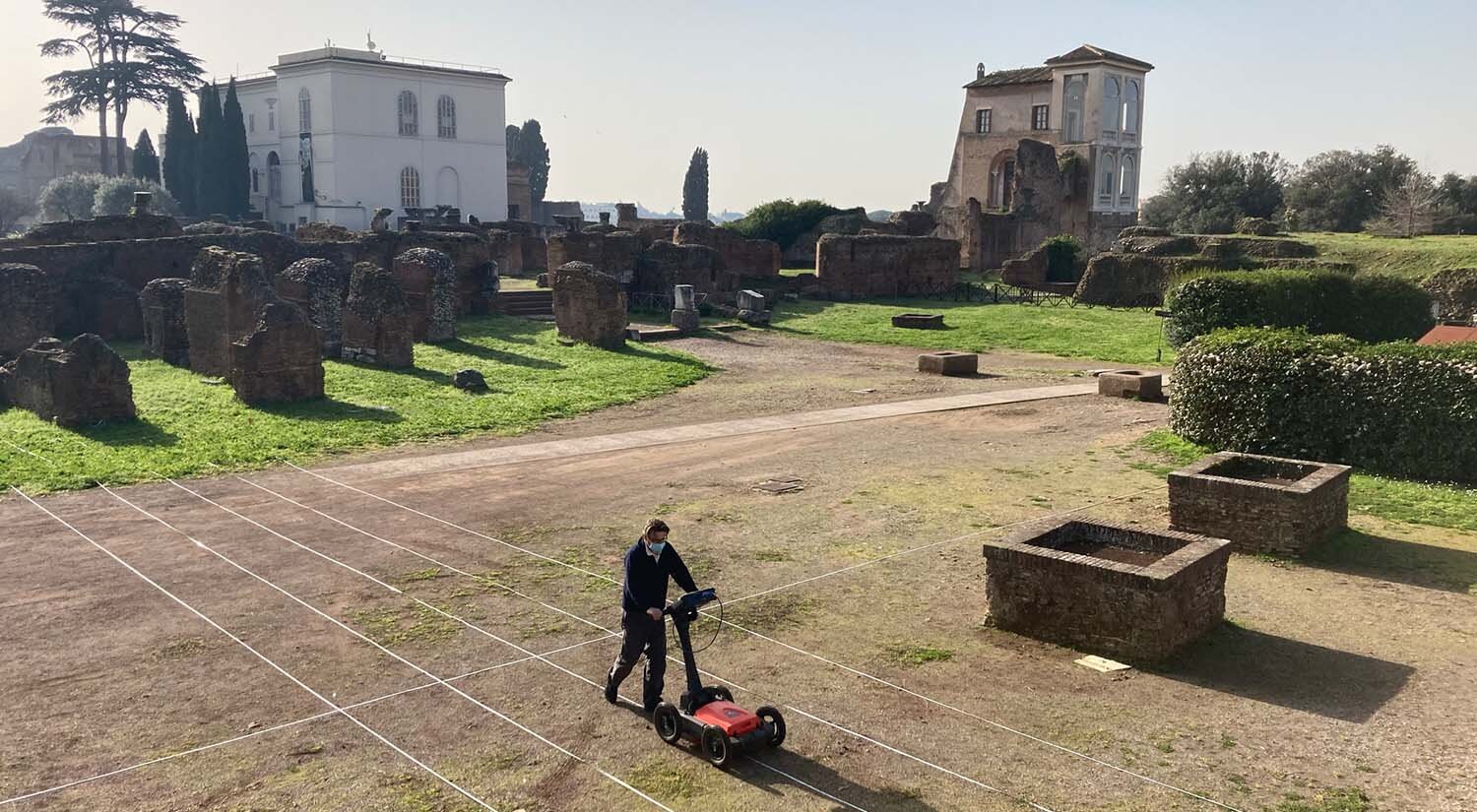 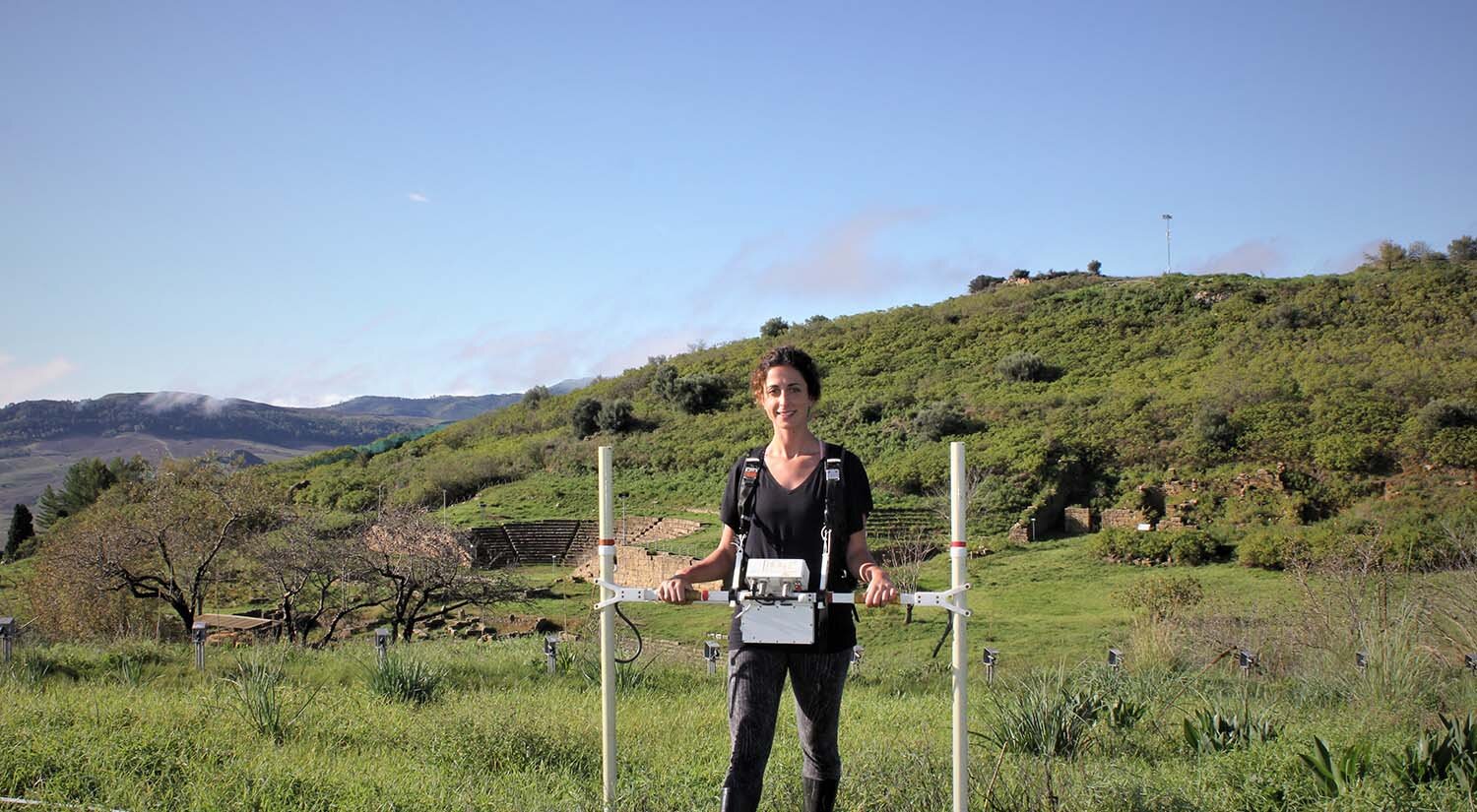 A vital function of the BSR is to facilitate contact among the academic communities and to serve as a centre for research and debate. These collaborative projects demonstrate how we bring together British, Italian and other international institutions, enabling a level of activity and research which would simply not be possible for an individual research group or UK-based institution. The BSR is always seeking to expand this network, and welcomes the opportunity to support and work in partnership with colleagues. 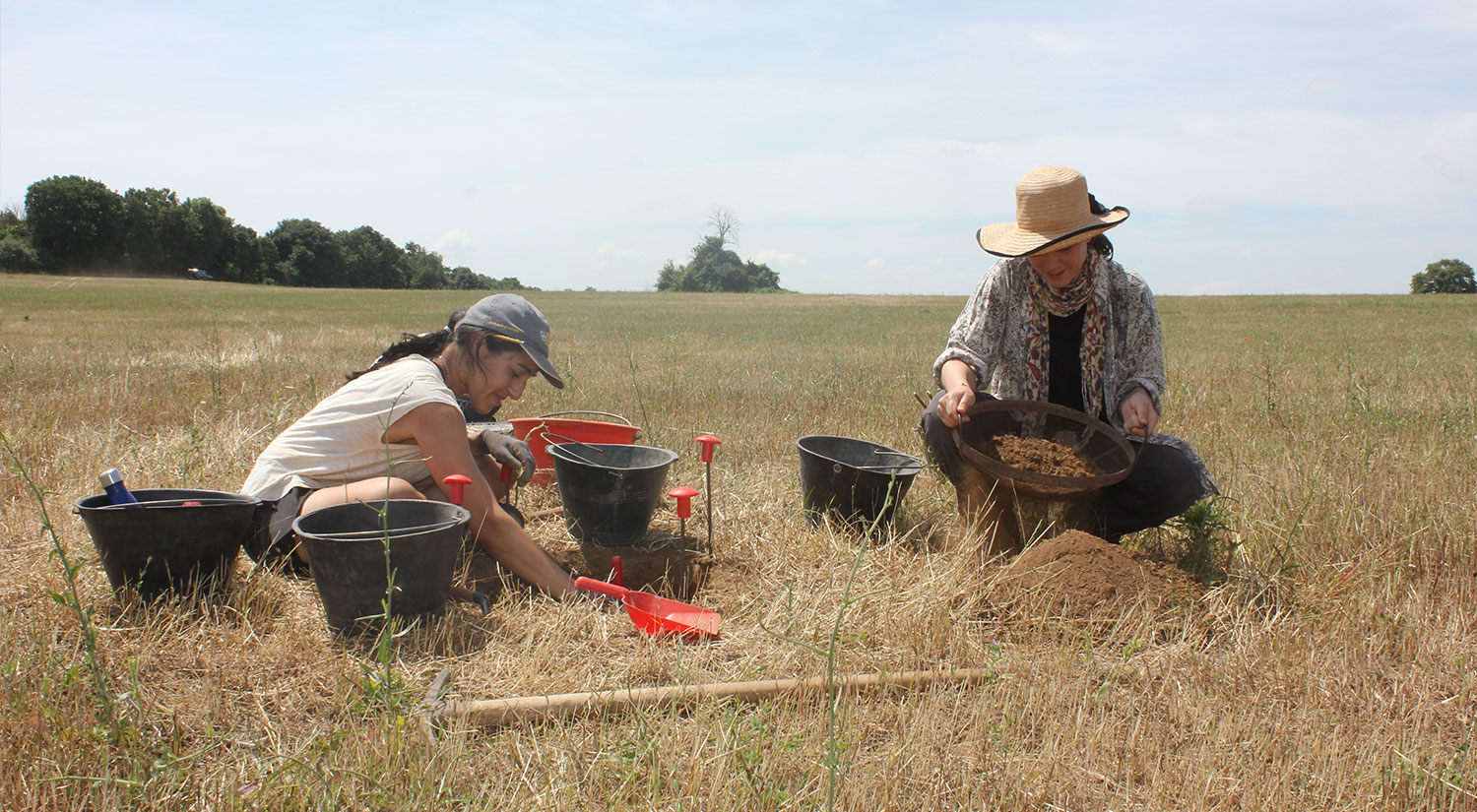 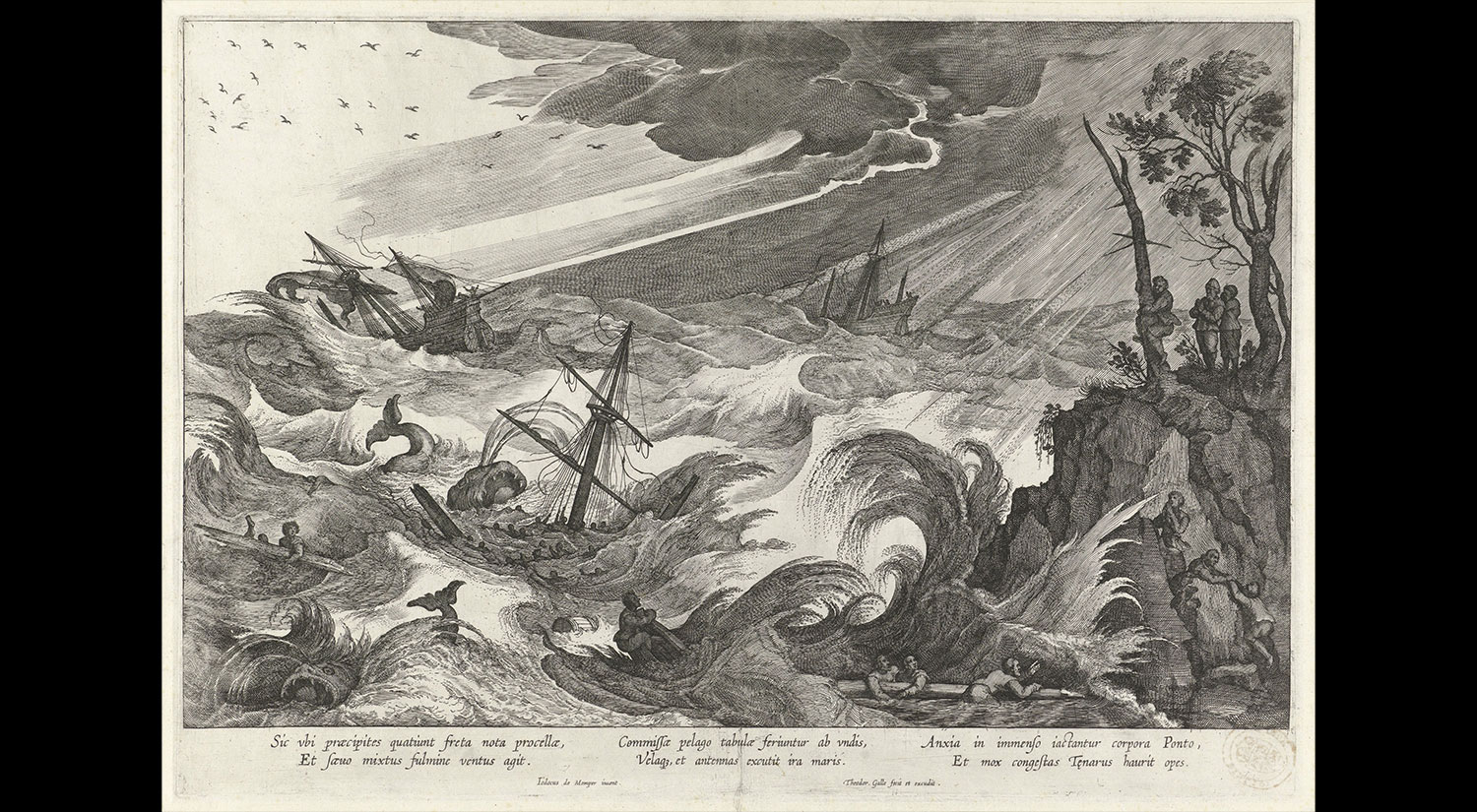 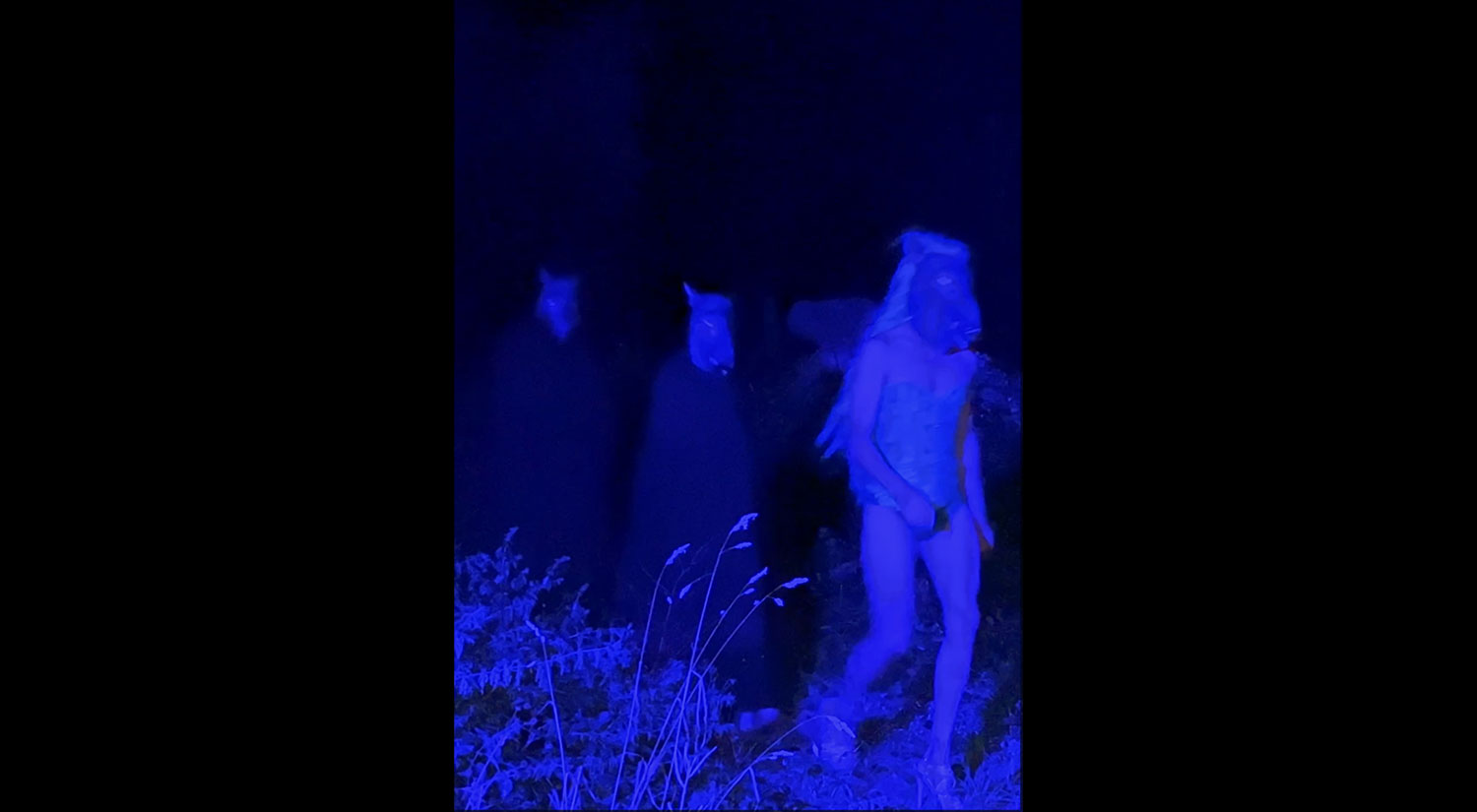 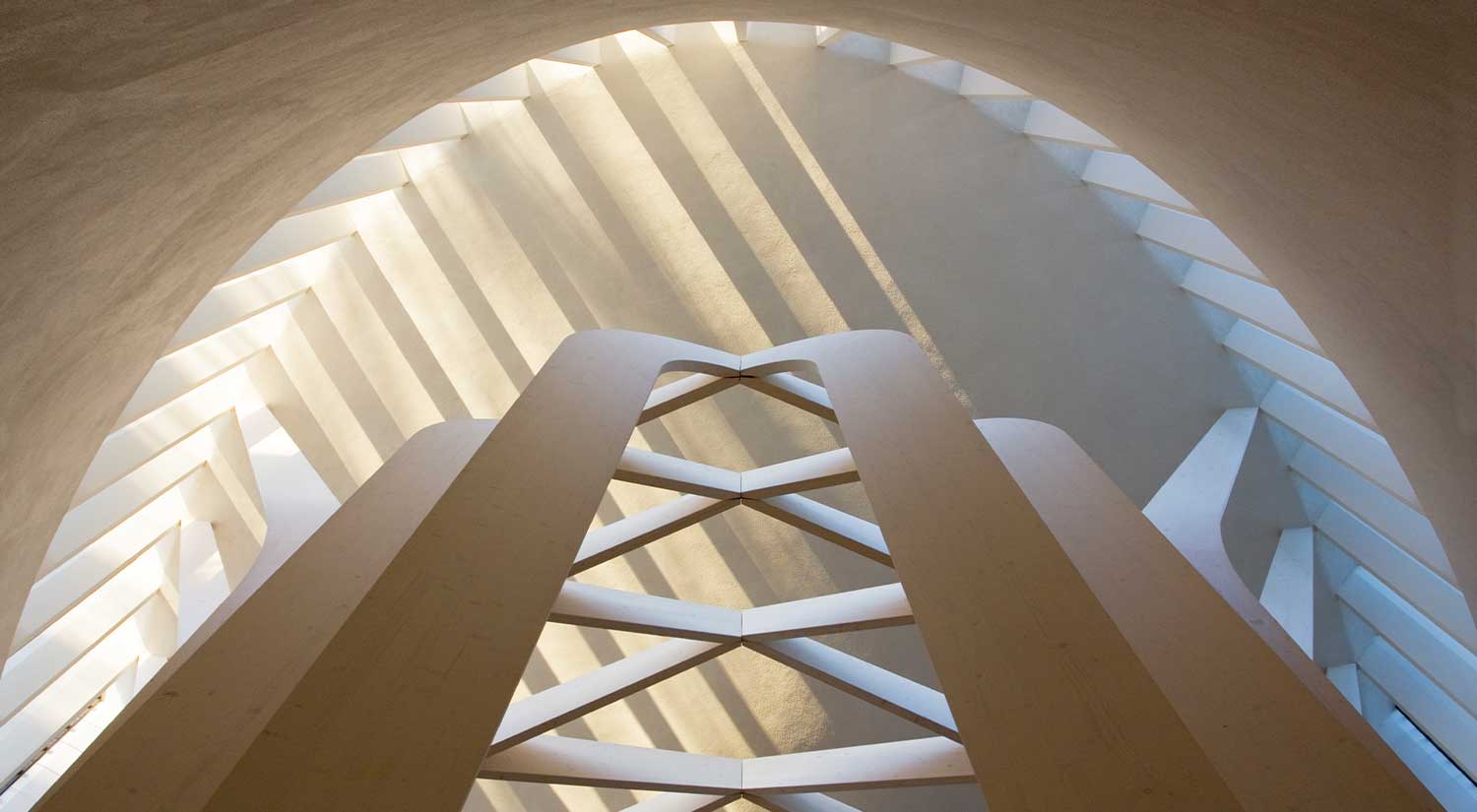