An interview with Jo Stockham, the Ampersand Foundation Fellow, in which she speaks about the work she has produced during her residency at the BSR from January–March 2022, ahead of the March Mostra.

We were struck by the Venetian marbleised papers you brought from the UK. Can you tell us about them and how you might incorporate them into your work?

The papers are mostly made in the UK though the designs are based on Italian designs, themselves influenced by designs of Turkish, Japanese, Chinese, Iranian, Indian and Afghani origin.

Like many crafts, marbling was handed down through families and trades guilds and so is poorly recorded and researched, with techniques perhaps even deliberately unwritten to prevent copying. The papers belonged to my father who was a bookseller and who intended to use them for bookbinding.

I often use found material so this is an unusual kind of found material. I am attracted by the chaotic beauty of the patterns, and each sheet is unique. I am conscious that the movement of ink has been stilled by the paper, as it is dipped into a tank of water on which the ink floats.

I am most interested in the patterns that are classified as Italian or Turkish shell in that they resemble most closely stone marble or natural forms. The ever presence in Rome of marble and paintings of marble, often with a deliberate play on the confusion between the two intrigues me. The sense of excess, the way some marble seems like meat, and the amazing patterns created by the splitting and mirroring of sliced of marble creates beautiful, grotesque and monstrous forms. In response to the violence of the world I feel myself becoming medusa.

I will use the papers to explore my interest in illusionistic space and language. I am making collages which will be expanded by using photography and perhaps animation.  I think of the papers as a kind of text so making them into Italian words where sound and meaning collide in ways which are very different from English, is a source both of delight and confusion for me. The small paper panels are identical in size to my laptop. My last two bodies of work were digitally printed and I want to return to a more direct practice, somethings which allows me to engage different parts of my eye, hand, body.

The flows of ink work in contrast to the geometric shapes and letterforms I am using but this is also true of the way marble is used in so much architecture in Rome. I am right at the start of this work and talking to others in the BSR community about how they visualise time and what relationship the time of their work has to the time of their everyday life. I will continue these discussions throughout my stay in Rome.

Tell us about the small female figure who is repeated in your collages?

I brought with me 4 post-cards of the same small statue of Venus (now thought to be Persephone) and a 3D scan of a replica of the statue, which is a file I may work with in the future. The statue is from a museum shop at Verulamium in 1970’s St.Albans. She is a kind of generic classical Roman female statue, a stand in, while I learn more about classical literature but she is also a goddess of love, and/or an abducted woman. I am also looking at S.Caterina in Masolino’s cycle of painting in Capella di Santa Caterina whose fate says a lot about the alternate reification and destruction of female saints.

Visiting the Borghese Gallery in my second week, being confronted with the statue of the rape of Proserpina and the extraordinary image of Daphne turning into a tree, both sculptures by Bernini, followed by an exhibition Artemisia Gentileschi centred on images of Judith and Holofernes was a reminder of the violence embedded in so much Renaissance work. Listening to Amber Doe’s inspiring BSR lecture really confirmed this.

The recurrence of destruction ties into a second aspect of my work. This is really a presentation of a text I was reading which began to have a dreadful relevance on February the 24th. On the 16th February I had begun recording myself reading a diary out loud, written by an Anglo-American woman Iris Origo, about civilian life in wartime Italy. I bought with me my grandmother’s battered copy of the book. It covers the period January 30th 1943 to July 4th 1944. 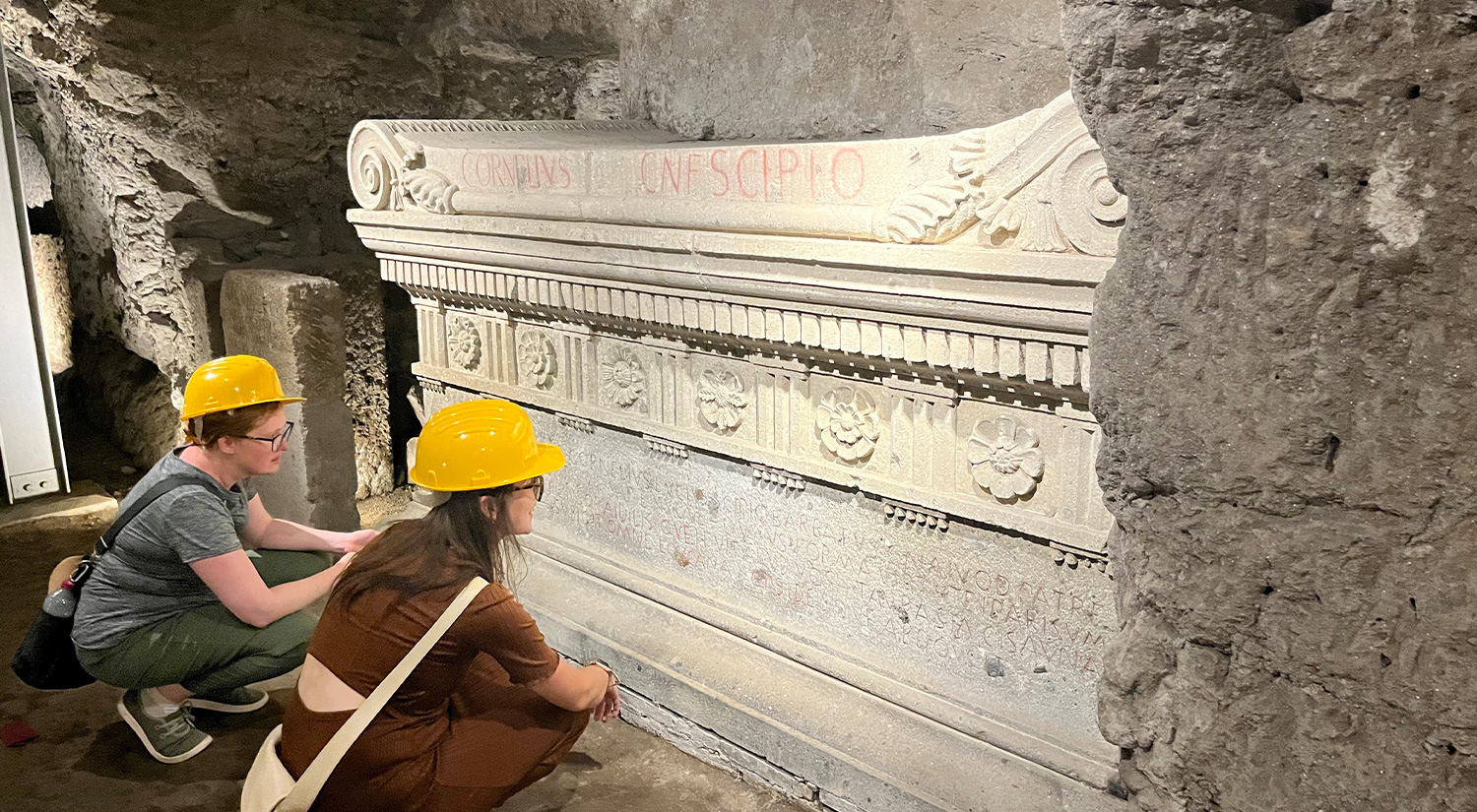